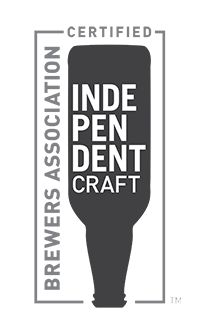 We follow in the footsteps of brewers who have been plying their trade for more than three and a half centuries in this city.

In 1648, within a decade of their arrival, Swedish settlers established the state’s first dedicated brewery at Fort Christina, in what is now the city of Wilmington. When the Dutch gained possession of Swedish holdings along the Delaware River in 1655, the brewery at Fort Christiana closed. It would be more than three quarters of a century before the next brewery would open in Wilmington.

It would be more than three quarters of a century before the next brewery would open in Wilmington.

The city’s virtual founder and first burgess (mayor), William Shipley, arrived in the tiny village of Willingtown in the late 1720s. He and his Quaker associates brought with them big plans to establish a city, taking full advantage of the shipping and milling opportunities afforded by the Christiana and Brandywine rivers. Among his many business pursuits, one of Shipley’s most profitable was his malt and brew house, which was constructed in the 1730s at the site of a fresh water spring at the northwest corner of what is today Fourth and Tatnall streets, at the foot of Quaker Hill. The Shipley brewery and malt house operated for more than a century. Caleb Sheward and his descendants were later competitors of the Shipley enterprise. Sheward’s brewery and malt house, on the north side of Second, between Tatnall and Orange streets, also had a nearly 75-year run, before closing in the 1840s. While Wilmington’s two Quaker-owned breweries had success peddling their ales to the city’s and region’s residents and taverns, brewing never developed into a large scale commercial venture. The introduction of lager beer in the mid-19 th century and the hordes of thirsty immigrants that flocked to Wilmington would elevate brewing from merely a small-scale occupational pursuit to a bona fide industry.

German immigrant Christian Krauch brought lager beer to Wilmington around 1850, when he began brewing it in the back of his King Street saloon. Krauch inspired several other newly-arrived Germans to do the same, including John Fehrenbach and Joseph Stoeckle. The Nebeker brothers opened Wilmington’s first large-scale commercial lager beer brewery at Fifth and Adams streets in 1858. To meet the city’s growing demand for ever-popular lager, Hartmann &; Fehrenbach built a production brewery in the Forty Acres just after the Civil War. By 1872, Stoeckle came into possession of the old Nebeker brewery, greatly expanding the business and renaming it the Diamond State brewery. Carl Specht and Adam Spahn opened the city’s third large brewery in 1880. Located at Fifth and DuPont streets, it came to be known a decade later as the Bavarian brewery. Several other smaller breweries operated in Wilmington from the mid-19 th through the early 20 th centuries, but none would be as successful as “The Big Three” – Hartmann &amp; Fehrenbach, Diamond State, and Bavarian. By 1900, brewing had grown to become the sixth largest industry in the state. The heart of city – from Water to Ninth, and West to French streets – was brimming with saloons that served pints and growlers of Wilmington’s finest. Unfortunately, Wilmington’s beer barons would not rule for long. National Prohibition ended beer production in 1919 and effectively closed the city’s breweries soon after.

Unfortunately, Wilmington’s beer barons would not rule for long. National Prohibition ended beer production in 1919 and effectively closed the city’s breweries soon after.

Upon repeal in 1933, Bavarian-Luxberger, Delmarva, and Kruger took turns operating the old Bavarian brewery facility, before it shuttered for good in 1951. The operators of the old Stoeckle brewery, the Diamond State Brewery Company, fared better, but only slightly so. They also fell victim to larger, better-funded national and regional breweries, and closed in 1954, after 18 years in business. It would be more than 40 years before Wilmington had a brewery it could again call its own, when the short-lived Rockford Brewing Company opened its doors in 1995. With the opening of Stitch House Brewing Company, beer is back again on Wilmington’s scenic “main street”. Stitch House is proud to be located in the heart of one of the America’s oldest brewing cities, and part of a great tradition that extends from Wilmington’s first European settlers to its resourceful.

Quakers to its 19 th century lager barons. The same high-quality Wilmington-brewed beer associated with names like Shipley, Sheward, Krauch, Hartmann, Fehrenbach, Stoeckle, and Eisenmenger will once again be served on Market Street. Wilmington beer for Wilmingtonians and anyone else who enjoys a good pint of ale or lager.